Why does it start on September 15th?

2019 Celebrations across the United States:

With more than 57 million people today, Latinos represent 18% of the United States population. It's no surprise then that, Hispanic Heritage Month includes several celebrations, festivals, exhibitions and all sorts of community activities across the country. Here are some of our favorites: 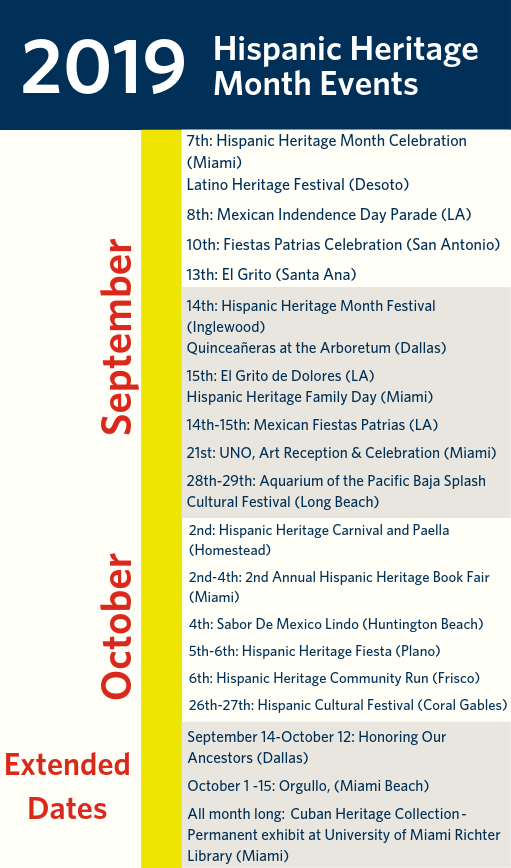 We hope these suggestions help your family enjoy Hispanic Heritage Month in the United States. If you live in a city not listed above, you may find more exhibitions and activities in your area by visiting this website.

The materials available in the Knowledge Center are for informational purposes only and not for the purpose of providing legal advice. You should contact legal counsel to obtain advice with respect to any particular issue or problem. Use of this website or any of the links contained within the website do not create representations or warranties of any kind, express or implied, about the completeness, accuracy, reliability, suitability or availability with respect to the website or the information, products, services, or related graphics contained on the website for any purpose. Any reliance you place on such information is therefore strictly at your own risk.